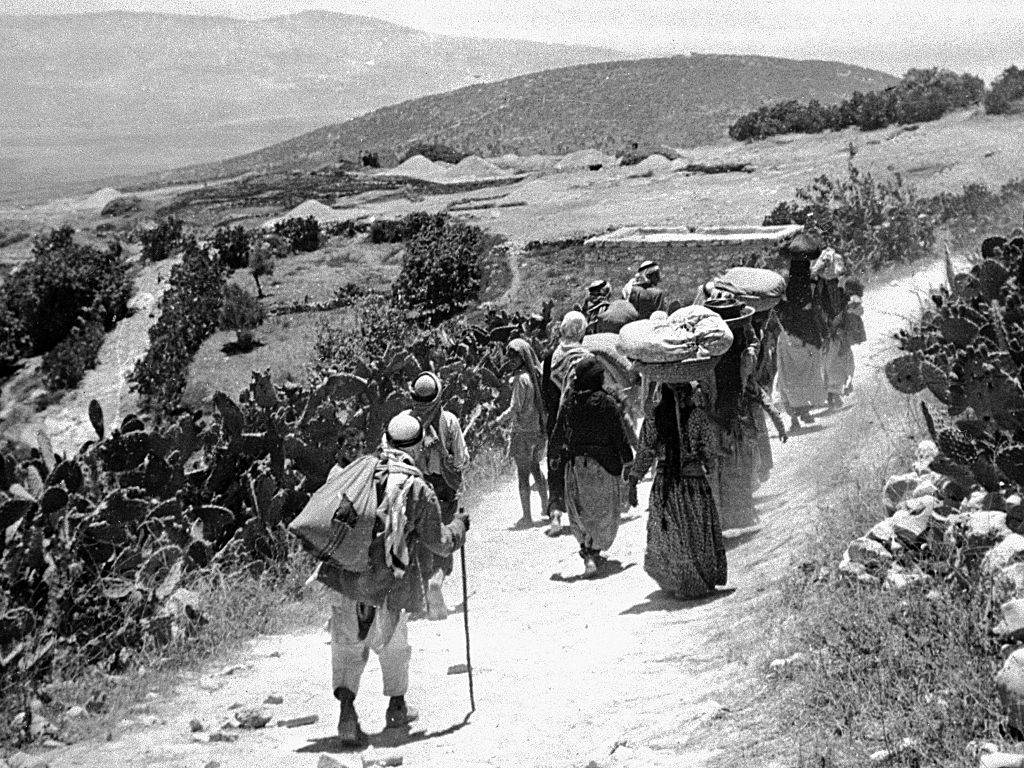 You have been emphatic and categorical. You have left no room for doubt.

And why am I writing to you today? Well it’s Nakba Day. And thanks to you, I can now join a perfect straight line between Judaism and the Palestinian ‘Catastrophe’.

However, I imagine you and I will disagree strongly on the implications of that straight line.

Here’s how you explained Zionism in your recent article for the Daily Telegraph.

“…a noble and integral part of Judaism”.

“…one of the axioms of Jewish belief”.

“…one can no more separate it from Judaism than separate the City of London from Great Britain.”

Well, who am I to disagree? After all, you are the Chief Rabbi and your Jewish education far exceeds mine.

Judaism, Zionism, the modern State of Israel – it’s all one thing, all one natural continuum. This is our heritage. This is the faith of our people as it has been handed down to us.
In the past, I’d mistakenly tried to separate Judaism from the consequences of Zionism. I wanted Judaism to be pure, untainted by atrocity.

But how can that be if you are right?

So now let us talk about the Nakba.

The displacement of 750,000 Palestinians from their land. The 400 Palestinian towns and villages destroyed. The four million acres of Palestinian land expropriated. The many massacres of men women and children.

I used to think the moral responsibility for all of this should go to Zionism alone. After all, the last quarter century of Israeli scholarship has confirmed where the blame rests for this tragedy. I wanted the 19th century secular project of Zionism to take the rap for the destruction of Palestinian culture, commerce and life. And so I had attempted to place an ethical firewall around Judaism itself.
But that’s too simple.

Why should Judaism be the only religion incapable of committing crimes in the name of faith and God?

Ephraim Mirvis says that if children free themselves from ‘digital slavery’ they can be as happy as he is. Freedom is simple – just say no.

Just as Christian antisemitism cannot be dismissed as an ‘aberration of the true Christian faith’ so can Zionism not be considered an entirely separate phenomenon that we can choose to distance from Judaism.

So, Chief Rabbi, you are right and I was wrong. But the consequences for each of us our very different.

For you, Zionism and its achievements are a matter of pride, a modern Jewish miracle. And those that criticise Zionism must be antisemitic.

For me, the Nakba tells me something quite different. And it’s a painful realisation. As much as I would like Judaism to be un-corrupted it can never be so. And as the Nakba continues to this day so too does the corruption inside the soul of Judaism.

Chief Rabbi, your belief that Zionism and Judaism are one and the same is important to acknowledge. Although you fail to see this yourself, your definition of Zionism makes clear that the moral crisis we face is not just for Jews but for Judaism itself.

My questions on Nakba day are these: Is there a Jewish way through? Is there the Jewish courage to face into this? After atrocity can the soul of Judaism be rescued?