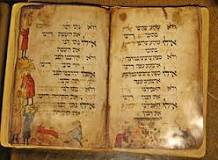 Read more: Adjectives fail me. Best to let David Friedman speak for himself