I kept waiting for F) “In the West Bank, Jews hold Israeli citizenship, which entitles them to free movement, due process and right to vote for the government that controls their lives. West Bank Palestinians, by contrast, live us as non-citizens, without free movement, under military law.”

We are lifelong Zionists. Here’s why we’ve chosen to boycott Israel.

The occupation has become permanent. Nearly half a century after the Six-Day War, Israel is settling into the apartheid-like regime against which many of its former leaders warned. The settler population in the West Bank has grown 30-fold, from about 12,000 in 1980 to 389,000 today. The West Bank is increasingly treated as part of Israel, with the green line demarcating the occupied territories erased from many maps. Israeli President Reuven Rivlin declared recently that control over the West Bank is “not a matter of political debate. It is a basic fact of modern Zionism.”

Read more: We are lifelong Zionists. Here’s why we’ve chosen to boycott Israel.

Were Netanyahu more honest, he’d admit that he doesn’t support a Palestinian state. But he doesn’t want to do that, at least not in Washington, DC. So he told the audience at CAP that he really, really wants a Palestinian state. It just needs to remain under Israeli military control. It’s like saying you really, really want to give someone your car; you just need to hold on to the keys. 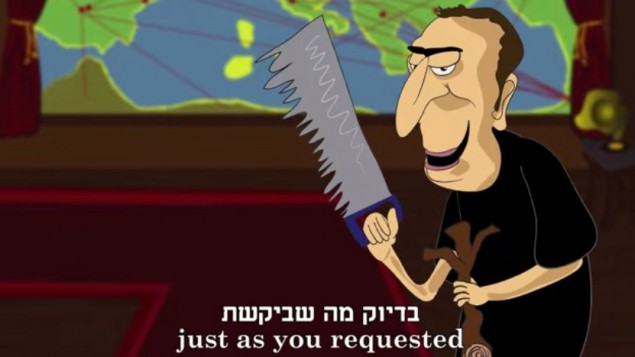 In A Durable Peace, Netanyahu calls Israeli control of the West Bank — where Palestinians live as non-citizens without free movement under military law — “a liberal policy aimed at radically improving the lives of the Arabs.” By contrast, in the film the Gatekeepers, Avraham Shalom, who ran the Shin Bet, Israel’s internal security service, says that in the West Bank, Israel acts as “a brutal occupation force.” Former Shin Bet head Carmi Gillon says, “We are making the lives of millions unbearable.”

Read more: What a liberal think tank should ask Bibi when he visits next week