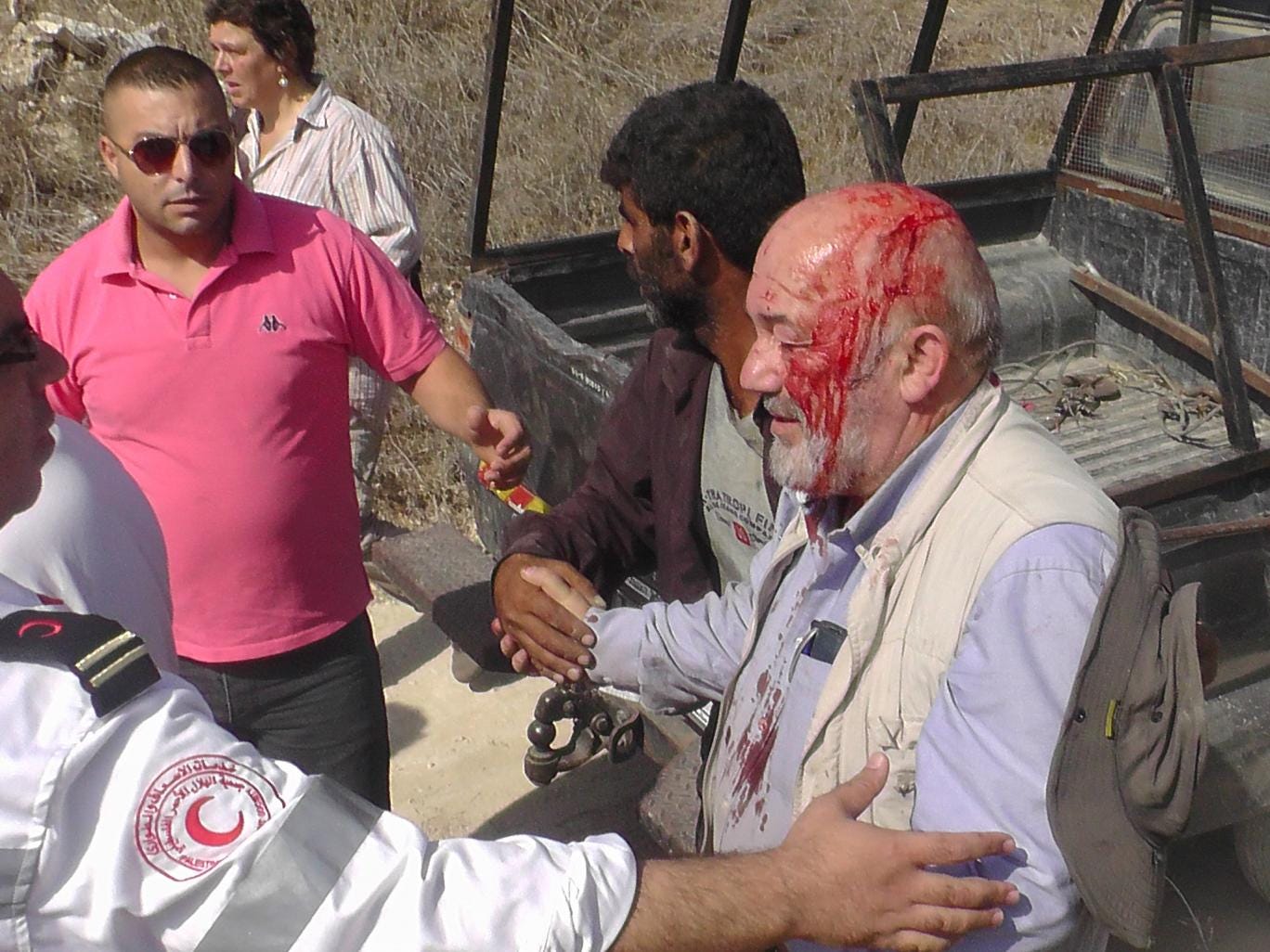 A 66-year-old British man volunteering in the West Bank received emergency treatment after being attacked by a gang of gun-wielding Israeli settlers hurling rocks at him.

David Amos, a retired publishing company worker, was struck in the head by a rock as he tried to protect Palestinian farmers during the olive harvest. [...] 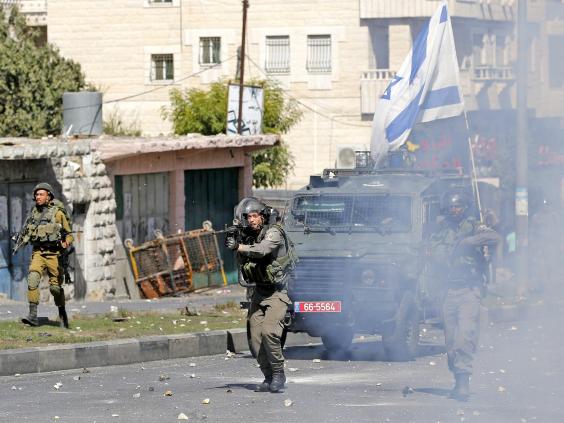 [...] Mr Amos said that the settlers fired gunshots as they approached [....] ''They were shouting at us 'go' in English and also shouting in Hebrew. A man stood no more than four feet from me and threw this rock which hit me on the back of the head. ...]'