A Palestinian man inspects a house after it was torched, in Duma, near the West Bank city of Nablus, July 31, 2015. (Photo: AP)

While a man hunt is underway to apprehend the Israeli killers of 18-month old Ali Dawabshe, the Palestinian baby burned to death in a settler arson attack last Friday, for the past two nights more than one hundred Israeli soldiers and Shin Beit security officials have raided the homes of the Dawabshe family in the West Bank village of Duma near Nablus.

Israeli forces took into custody, on Tuesday, the parents of Mohammad al-Tamimi, the Palestinian boy who was beaten by a masked Israeli soldier in Al-Nabi Saleh Village on Friday. The pictures of the boy went viral on internet.

All members of Al-Tamimi family, including parents, daughter and two sons. The two sons are in cast, one of them because of an assault by an Israeli settler.

“The Israeli army arrested Basil and his wife, Nariman, as they tried to cross an Israel military checkpoint at the entrance of Al-Nabi Saleh Village north of Ramallah,” Bassam al-Tamimi, a relative, said.

[...] The Dreinoff homes bore no religious significance. They had no strategic value. They were built without permits, for profit and profit alone, in a manner so illegal that even the State of Israel – which turns a blind eye to legal abuses in the West Bank on a daily basis – acknowledged their illegality.

Read more: Why Israel will never be able to withdraw from the West Bank 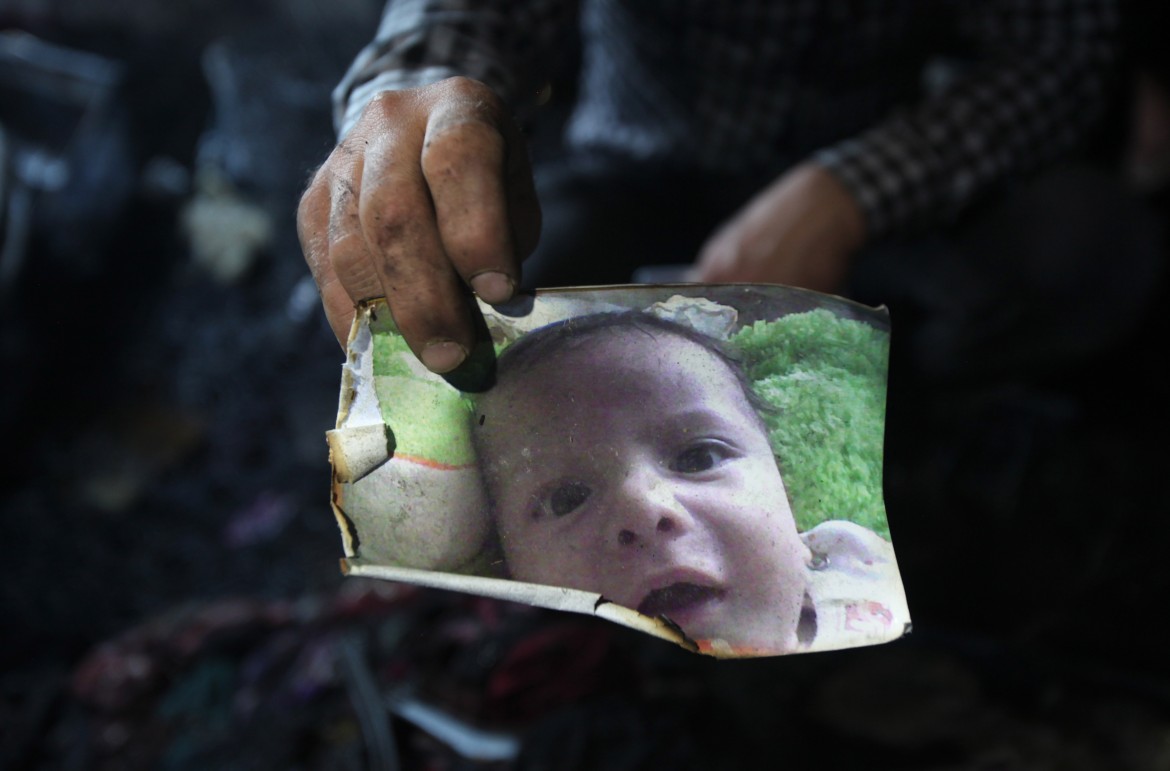 Jewish terror attacks tighten the noose around the Palestinian Authority

The exceptional presence of the Palestinian security troops, just a few hours after the fatal arson, made the absence of any protection only 10 hours earlier stand out. Their brief appearance highlighted the ease with which the murderers didn’t suffice with a house on the margins of the village; they dared enter the neighborhood.