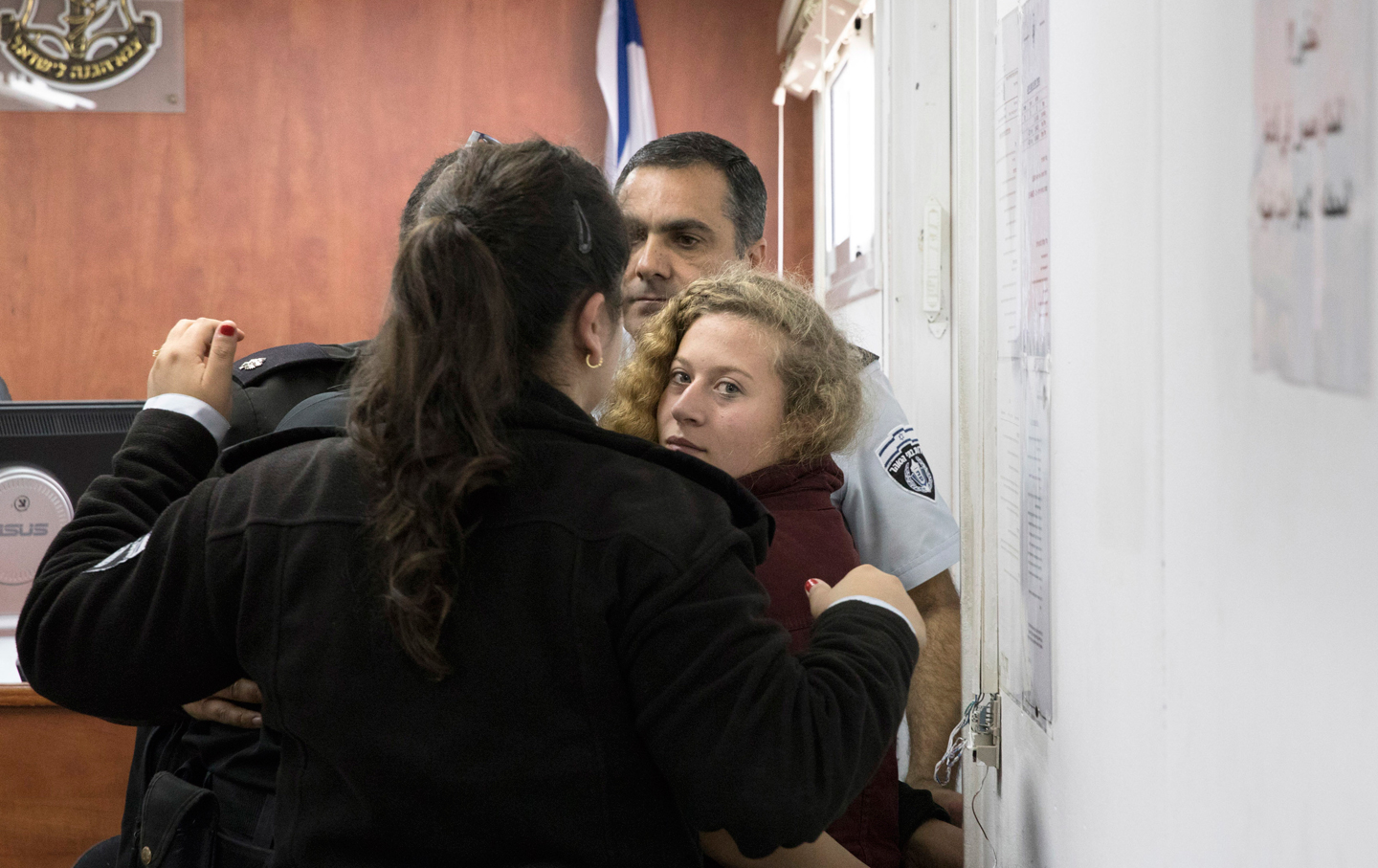 Israeli settlers had confiscated a spring in the valley between the village and the settlement of Halamish, and Nabi Saleh had joined a handful of other villages that chose the path of unarmed resistance, marching to protest the occupation every Friday, week after week [....] They kept racking up losses, and kept marching, every Friday, to the spring. They almost never got close. Most Fridays, before they reached the bend in the road, soldiers stopped them with tear gas and sundry other projectiles. The army came during the week too, usually before dawn, making arrests, searching houses, spreading fear, delivering a message that got clearer each time: your lives, your homes, your land, even your own and your children’s bodies—none of it belongs to you.

[...] Please don’t make Ahed a hero. Heroes, when they are Palestinian, end up dead or behind bars.