Questions for the Media 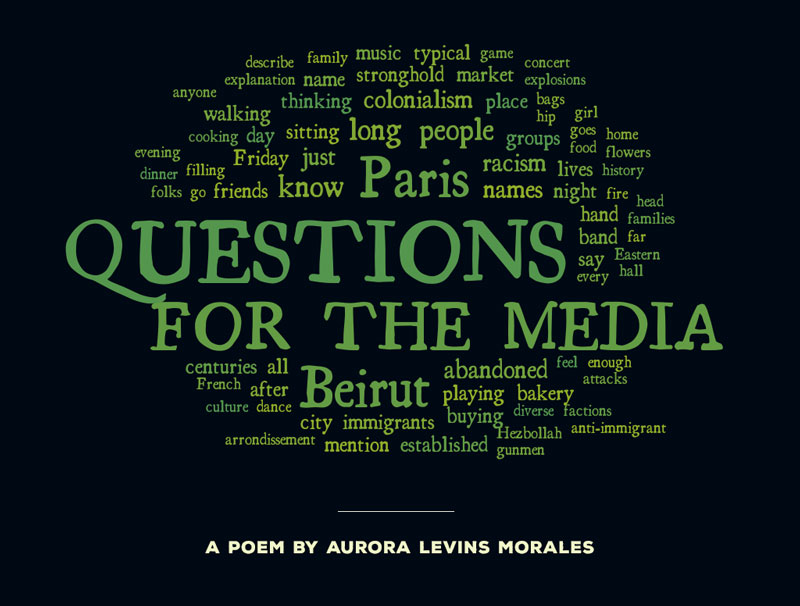 If Beirut has been a city for 37 centuries and Paris for 20, why doesn’t anyone refer to explosions in Beirut as attacks on music, culture, civilization? Why don’t all the stories start with how ancient and rich with history it is, how in all those centuries of invasions, occupations, wars, it was never abandoned, how it keeps raising its head?

We know the name of the band and what song the band was playing in the concert hall in Paris when the gunmen opened fire. We know what teams were playing at the stadium, and how far along they were in the game. We know the names of the restaurants. What kind of food they served.

So why can’t you tell me what Adel Termos and his little girl were buying in the open air market in Beirut when he threw himself on the second bomber and saved hundreds of lives? Or who was buying bread at the bakery, or about the families walking home after work? What is the bakery called? Why haven’t you profiled the mosque, told us how long it’s been there, who goes there every Friday?