«Balfour Declaration Must be Matched by National Home for Palestinians» 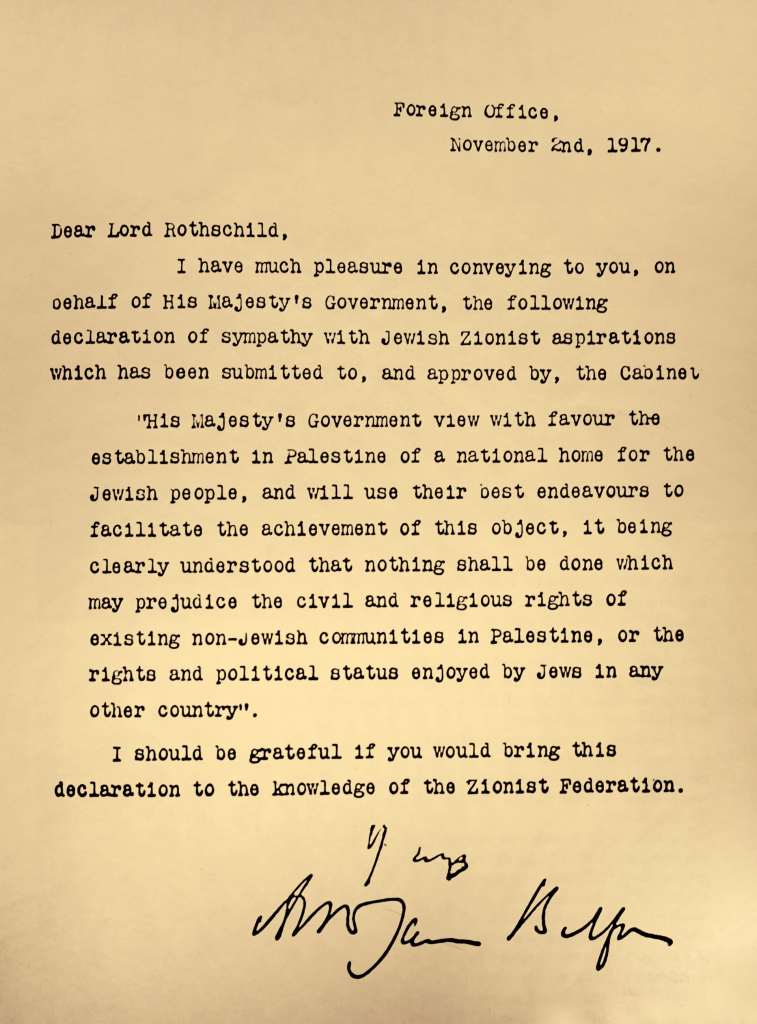 The overwhelming Arab majority in Palestine (which then constituted around 94% of the population) went unmentioned by Balfour, except in a backhanded way: as the “existing non-Jewish communities in Palestine.” They were not described as a people – notably, the words “Palestinian” and “Arab” do not appear in the text of the Declaration. Furthermore, they were offered only “civil and religious rights,” and no political or national rights whatsoever. By way of contrast, Balfour ascribed national rights to “the Jewish people,” who in 1917 were represented in Palestine by a tiny 6 percent of the total population [....]

The Balfour Declaration thus meant that the Palestinians faced the prospect of being outnumbered by unlimited immigration, and of losing control of Palestine to the Zionist drive for sole sovereignty over a country that was then almost completely Arab in population and culture. It took just over three decades, and the , for these things to happen, but happen they did.