EU Commission will not accept us in antisemitism group

The EU Commission Directorate General for Justice has refused to accept European Jews for a Just Peace (EJJP) into the Commission’s Working Group on Antisemitism.

The directorate set up the "Working Group on the implementation of the council declaration on the fight against antisemitism" in December 2018 at the behest of the big Jewish communal groups in Europe and the Israeli government. 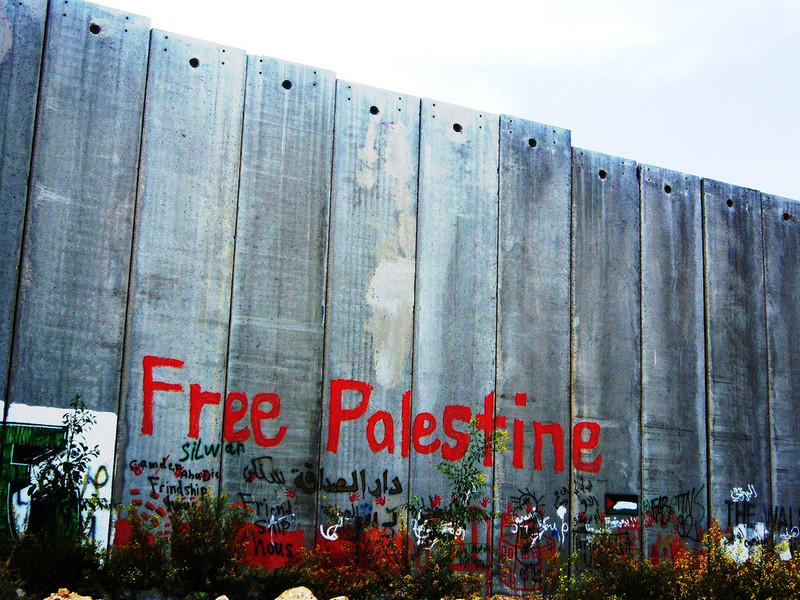 ’We campaign for the achievement of Palestinian rights by ending the Israeli occupation, and to protect the space for debate about the issue in the European Union by distinguishing between robust criticism of Israel and antisemitism’ (Photo: Wikipedia)

European Jews for a Just Peace, as the federation of 12 national Jewish-Palestinian support groups in 10 countries, is a Jewish umbrella organisation.

Not only are we qualified for membership, but our perspective makes us necessary for the proper functioning of the Working Group.

We campaign for the achievement of Palestinian rights by ending the Israeli occupation, and to protect the space for debate about the issue in the European Union by distinguishing between robust criticism of Israel and antisemitism.

In other words, we are concerned both with permitting criticism of Israel and fighting antisemitism.

In the course of our application, the commission’s reason for refusing us changed suddenly.

The official replying to our initial application, obviously thinking we were simply a group in Germany, said we weren’t a "Jewish umbrella organisation".

The commission obviously refused us because it only wants the Jewish organisations that support Israeli policy in the Working Group.

Consequently, it is denying a voice to the significant body of opinion within Jewish communities that we represent. It is also unintentionally biasing the Working Group towards suppression of criticism of Israel.

The issue cannot be fully understood without considering the use being made of the International Holocaust Remembrance Alliance (IHRA) definition of antisemitism.

The official Jewish communal organisations in Europe and North America, supported by the Israeli government, have been promoting the document as the unchallengeable definition of antisemitism ever since it was adopted by the IHRA in 2016.

The reason is not hard to discern. Israel is mentioned six times, making it clear that the motivation behind it is at least as much to suppress criticism of Israel as to suppress antisemitism.

The background to the adoption of the document and the later creation of the Working Group was the increasing incidence of antisemitism and increasing criticism of Israel over several years.

Both have been largely responses to the continuing occupation and Israeli suppression of Palestinian resistance.

The chosen means of suppressing criticism of Israel is the IHRA document, used as a presumptive test of whether statements are antisemitic.

Criticism of Israel, questioning of Zionism and advocacy of boycott, divestment and sanctions (BDS) are automatically called antisemitic if they fall into one of the broadly-worded examples.

Scant regard is paid to the context of statements.

The promoters have had a limited success. So far, 17 EU member states and some political parties have adopted or endorsed the document, and some regional governments and universities have banned Palestinian support meetings based on their interpretation of the document.

However, there has been a mounting pushback by human rights groups and Palestinian support groups.

From 2015 to 2019, there were 13 court rulings which overturned banning decisions in EU member states, North America, and other countries. Seven of them were in 2019.

There were also 70 instances in which local authorities and some national governments legislated or issued statements to protect freedom of speech on Israel.

As an example of the misuse of the document, our German member group, Jewish Voice for Just Peace in the Near East, was attacked twice since 2016 because it supported BDS campaigns.

Its bank account was closed and an attempt was made to force the Gottingen Peace Prize Foundation to rescind the 2019 prize awarded to the group.

The ’reasoning’ of the attackers was that BDS is antisemitic because it questions Israel’s right to exist.

That claim rests on the twisted logic that BDS can be seen to fall within the IHRA example of "Applying double standards by requiring of it [Israel] a behaviour not expected or demanded of any other democratic nation".

In fact, BDS requires the same behaviour of Israel, i.e. to end the racist treatment of its own Palestinian citizens and respect international law by ending the occupation of Palestinian land.

Arthur Goodman is parlamentary and diplomatic officer for European Jews for a Just Peace.